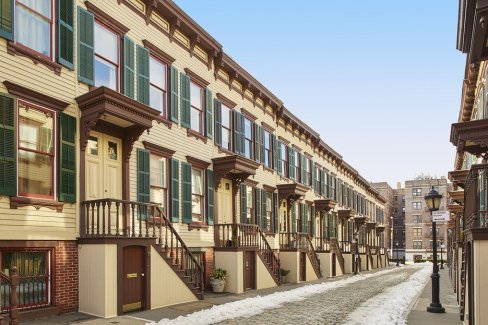 One of the chief distinctions between Democrat and Republican lawmakers is their different attitudes about the proper role of the central government.  Most Democrats seem to believe that all wisdom emanates from Washington and tend to distrust state and local governments. On the other side, many Republicans believe that necessary governmental functions are often best directed at the state and local level, and they deeply distrust the semi-autonomous, self-perpetuating Federal bureaucracy.

Nowhere is the difference between the parties more apparent than in the debate about Affirmatively Furthering Fair Housing (AFFH) rules.  I became aware of the AFFH issue because of Mark Levin’s July 26th interview of Stanley Kurtz, a senior fellow at the Ethics and Public Policy Center.

These AFFH rules were put into play by President Obama when he signed new regulations to be enforced by the Department of Housing and Urban Development (HUD).  These rules required communities all over the country to submit building plans to HUD, including provisions for low-income housing, in order to receive any Federal housing funds.  In essence, AFFH rules would remove zoning powers from local communities, severely limit single-family residences, and require every district to include low-income housing.  Local control would be replaced by a national scheme for municipal development.

Under Obama, bureaucrats at HUD busily engaged in enforcing the new rules.  As one example, Westchester County, New York,  was coerced into agreeing to build 750 “affordable housing units,” 650 of which would be in municipalities with less than 3 percent African-American population and less than 7 percent Hispanic population. In addition, Westchester County agreed to advertise its affordable housing units to people living outside the county. HUD insisted on this deal even though Westchester County had not been accused of engaging in housing discrimination.  Similar enforcement activities went on in municipalities elsewhere in the country.

Under Trump,  HUD began backing off from strict enforcement of AFFH rules, and last week the President scrapped the regulations.  HUD Secretary Ben Carson said the AFFH regulations were “unworkable and ultimately a waste of time for localities to comply with.”  He added, “Washington has no business dictating what is best to meet your local community’s unique needs.”

Democratic spokesmen erupted with cries of “racism.”  But that charge ignores the many other anti-discrimination measures that remain in effect.  Much of HUD’s AFFH strategy was directed toward increasing population density in the suburbs (i.e. apartments and row-houses instead of single-family units) and dispersing poorer citizens among more affluent neighborhoods. Addressing racial imbalance appeared to have been a secondary consideration.

Whereas the Trump administration’s emphasis appears to be on creating jobs and spreading the wealth, the opposition seems to favor a scheme that would disperse the poor and distribute poverty more evenly between cities and suburbs.

Insofar as Biden is concerned, he says he will re-institute AFFH rules and enforce them even more vigorously.  He intends to do this by denying both housing and other Federal assistance (e.g., road funds) as necessary to force localities into compliance.  Centralized urban planning could then run amok.  HUD would be on steroids.

If Biden is elected and follows the path he has indicated, say good-bye to tree-lined  streets and neighborhoods filled with single-family homes..

Some Republican commentators have suggested that HUD first apply AFFH regulations in places like Martha’s Vineyard and Chappaqua.