This is a recent photograph of Canal Drive, Carolina Beach, North Carolina.  It was the site of my last home at the beach before Ann and I moved elsewhere.  As you can see, in this area the ocean is a very short distance from the sound.

It is a place of many beautiful memories.

Our home was located about three blocks north of the yacht basin on the right-hand side of the road.  The house is no longer there.  It, along with many others, was destroyed by one of the many hurricanes that swept ocean waters over this narrow strip of land.  The first major one, Hurricane Hazel, struck in 1954, sixteen years after we moved to the beach.  Because of its vulnerability, this particular part of Carolina Beach has never been fully redeveloped.

The houses on the left-hand (sound) side of Canal Drive were not there when I lived there. Our home had open access to the waterway, and I spent many hours cruising up and down the sound in a small outboard motorboat.   The Inland Waterway is less than two miles north of this point, and the sound continues on to Wrightsville Beach and beyond.

In January 1865, in the last months of the Civil War, Union troops came ashore at this very point as they prepared to attack Fort Fisher.  When the yacht basin was dredged in 1950, numerous cannon balls were extracted from the silt – a few still unexploded.  The area had been subjected to the heaviest naval bombardment in history up until that time.

Ann and I, along with our infant son, left the beach in early 1955.  The Canal Drive house remained my mother’s home until shortly after my father’s death in 1958. 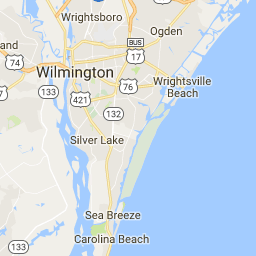