As I have written on numerous occasions, I was blessed with a wonderful, loving family.  I had four half-brothers and three half-sisters, but I never thought of any of them being anything else but whole. The youngest, Harold Rives Fields, was eight and a half years my senior, and as a young boy I truly idolized him.  I wanted to look like him, talk like him, and be good like him.

He was always so incredibly kind and thoughtful toward me, and there was never a harsh word.  Some of my earliest memories are of riding the wheelbarrow as he pushed me toward the garden. There I would loaf while he worked. As Christmastime grew near, I remember venturing with him into the woods to find and cut a proper Christmas tree.  When springtime arrived he taught me to swing a bat.  Baseball was the favorite sport in that small Carolina village during the thirties.

Harold graduated from tiny Pleasant Garden High in 1938 and that summer the family moved to Carolina Beach.  He remained with us until 1940, attended college for a semester or two at Campbell College, and then took jobs in Richmond, Virginia, and later in Lynchburg.  I believe he was working in Lynchburg when he volunteered for military service a month or two after Pearl Harbor. 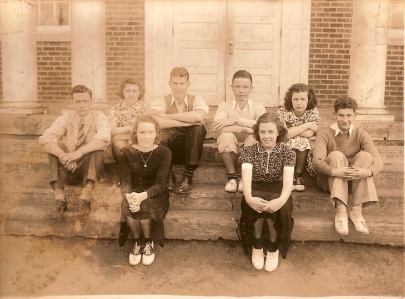 (Harold is in Center, Back Row) 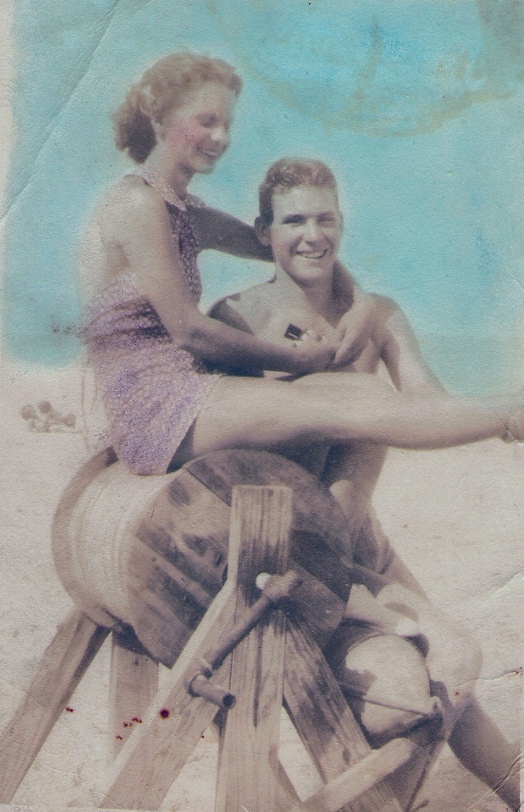 In the winter of 1942-43 Harold trained to be an engineer officer at Fort Belvoir, an army base in northern Virginia near Washington, DC.  He was commissioned as a second lieutenant and assigned to a combat engineer battalion.  Later that year, during maneuvers in California, he met and fell in love with an army nurse, Lieutenant Elizabeth Hofer.  They were married on November 29, 1943. 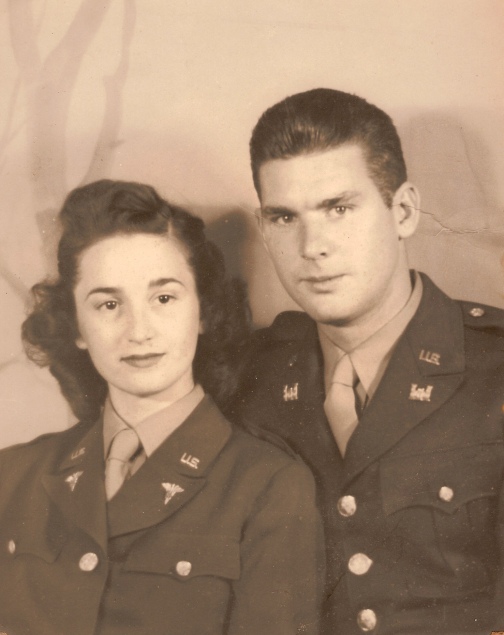 Early in 1944 Harold arrived in England to join the vast armada preparing to invade Nazi controlled France.  He went ashore a few days after D-Day, June 6th,  and was soon engaged in the battle to break out of the Normandy beachhead.  Afterwards, he and his unit fought their way across France and into Germany, building bridges, repairing roads, and dodging enemy fire. Snipers were a special hazard for the bridge builders.

Meanwhile, his wife Betty had arrived in England and was serving in a military hospital there.  As the European war ended, Harold and Betty were united for a wonderful ten-day furlough in the London area.

Shortly after returning to the United States in late 1945, Harold went to work for the Aetna Life and Casualty Insurance Company.  Except for a brief break in the 1960s, Harold remained with Aetna for the rest of his business career.  He usually worked out of an office in the Seattle area.  He and Betty adopted two children.  Sarah was born in 1940.  Charles in 1952.  Sarah still lives in the Pacific northwest.  Charles was killed in a vehicular accident while serving in the military.

Harold and Betty were living in Seattle in February 1953 when I went through there on my way to Korea.  The following photo is a result. 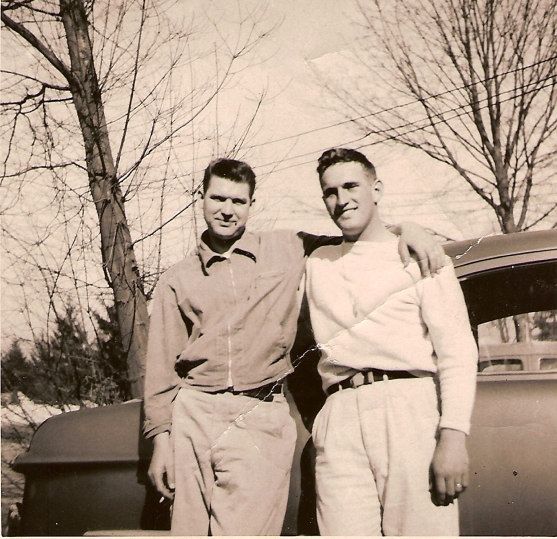 We had many good times together in the following years.  Ann and I visited Harold and Betty on the west coast in 1988 and 1994.  In turn, they came east to see us on occasion. The two of them had an extended visit with us and other members of the family in 1985, and Harold alone attended the family reunion in Carolina Beach in 1990 and Myrtle Beach in 1993.  In 1998 he came to see us at our home in Columbia, Maryland.  That was our last time together.

During the few years before his death we would visit by phone ever week and reminisce about the “old days.”  How sweet it was.  I still miss him terribly.

By the way, most of his friends and family called him Buck, but I always preferred the name Harold.  My third son bears that honored name